Finding Grace in the Gutter

€ 9,95
0 reviews
Some people seem to be born Christian. Others find God through a radical turnaround of their lives. Joshua Kotadiny's story is a combination of both.

Joshua is a pastor's kid. He was born in Amsterdam as the son of a pastor who used to be a drug addict and criminal. As a 5-year-old he lived in California for several months, where his parents had joined Sonny Arguinzoni's Victory Outreach. In those months Joshua was harrassed by other kids and he became a violent kid. He needed his parents but they were too busy sharing the gospel with drug addicts in Los Angeles.
After the family's return to Amsterdam his parents continued their work among drug addicts. They hardly noticed that their youngest son, Joshua, fell into the same trip. Joshua was still a kid when he started drinking and doing drugs. He got addicted, became a drug dealer and was extremely violent.

But nowadays God uses Joshua to reach out to the same people he used to hang out with. Joshua and his wife Mirjam are pastoring a church in Amsterdam and his testimony has touched thousands of lives in the Netherlands already.

'Joshua K has one of the best transformation stories I have ever heard. You can see God's hand all over his life.'
Dimas Salaberrios, author of Street God, pastor of Infinity Bible Church New York. 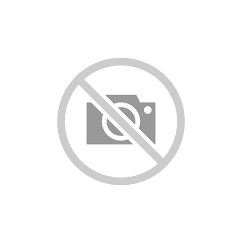 Finding Grace in the Gutter